skip to main | skip to sidebar

My wish for this Christmas is that we all become the Grinch from Dr. Suess', How the Grinch Stole Christmas. 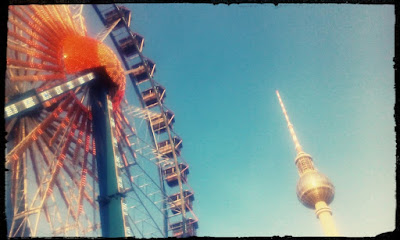 After stealing and robbing all of Whoville, the Grinch stands on top of Mt. Crumpit just about to throw all the presents and trees and roasts beast off the cliff when he pauses.  And in that pausing something incredible happens.  He realizes he got it wrong.  And he changes course.


"What happened then?
Well...in Whoville they say,
That the Grinch's small heart
Grew three sizes that day!
And the minute his heart didn't feel quite so tight,
He whizzed with his load through the bright morning light"


He goes back to Whoville and returns all that he stole.  And even more incredible, is that the Whos don't lock him up.  They don't exclude him.  Instead they invite him to their feast and give him the honour of carving the roast beast.

Imagine how great the world would be if could be as brave as the Grinch and as generous and loving as the Whos down in Whoville.


Wishing you all lots of love and joy,
erinbell. 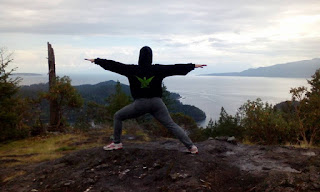 Meditating gives me tools which help me ride the storms of the suffering of life. Yoga asana gives me ways to cultivate chi which keeps my body strong and flexible. Or when sickness or injury happens, they give me more patience to weather it. Studying yoga and other philosophy nourishes my intellect and stimulates my drive to keep practicing, day after day. To keep digging deeper, releasing all that binds and prevents me from knowing an ever present peace and love. Something I believe to be possible.

I was born and raised in Vancouver, Canada. At 18, I left my nest to study theatre in Toronto. With a bachelors of Fine Arts in my pocket and a zest to discover more about the world, I flew across the Atlantic. Life and its wonders welcomed me and I have been on the move discovering new cultures and lifestyles ever since.

I’ve taught Drama in Paris, English in Japan, and Philosophy in southern Germany. I’ve studied Kathak dance in India, completed a master in Theatre in Ireland, and began my yoga teaching path on Gozo, Malta.

I moved to the fabulous city of Berlin in 2009. I feel very at home here. I teach weekly yoga classes in Berlin and host yoga weekends outside of the city. It is a such a joy to continually share my knowledge and passion for yoga.

To find out more about me or my yoga holidays and yoga & somatic dvd visit me at: www.erinbellfanore.com

This DVD contains the essence of my Yoga and Somatic classes. It is suitable for beginners to intermediates. Filmed on the beautiful and stunning island of Gozo, Malta , the ideal setting to capture yoga’s relaxing and inspiring spirit, this DVD is intended to be a motivational companion to your home practice. To order your own copy or a copy for a friend click on the Paypal link below, 'Buy Now' or send me an email and I can email you bank transfer information. Peace, Erinbell Fanore.

TO BUY Yoga and Somatic DVD, Click link below: